Each of the co-created jerseys - designed together with Humanrace Creative Director and long-term adidas collaborator Pharrell Williams – were informed by each club’s past, with their legacies serving as the foundations of the design process. These moments were reimagined to reflect today’s football culture through the lens of the Humanrace design ethos; inspired by and in celebration of the imperfect beauty of the human spirit. 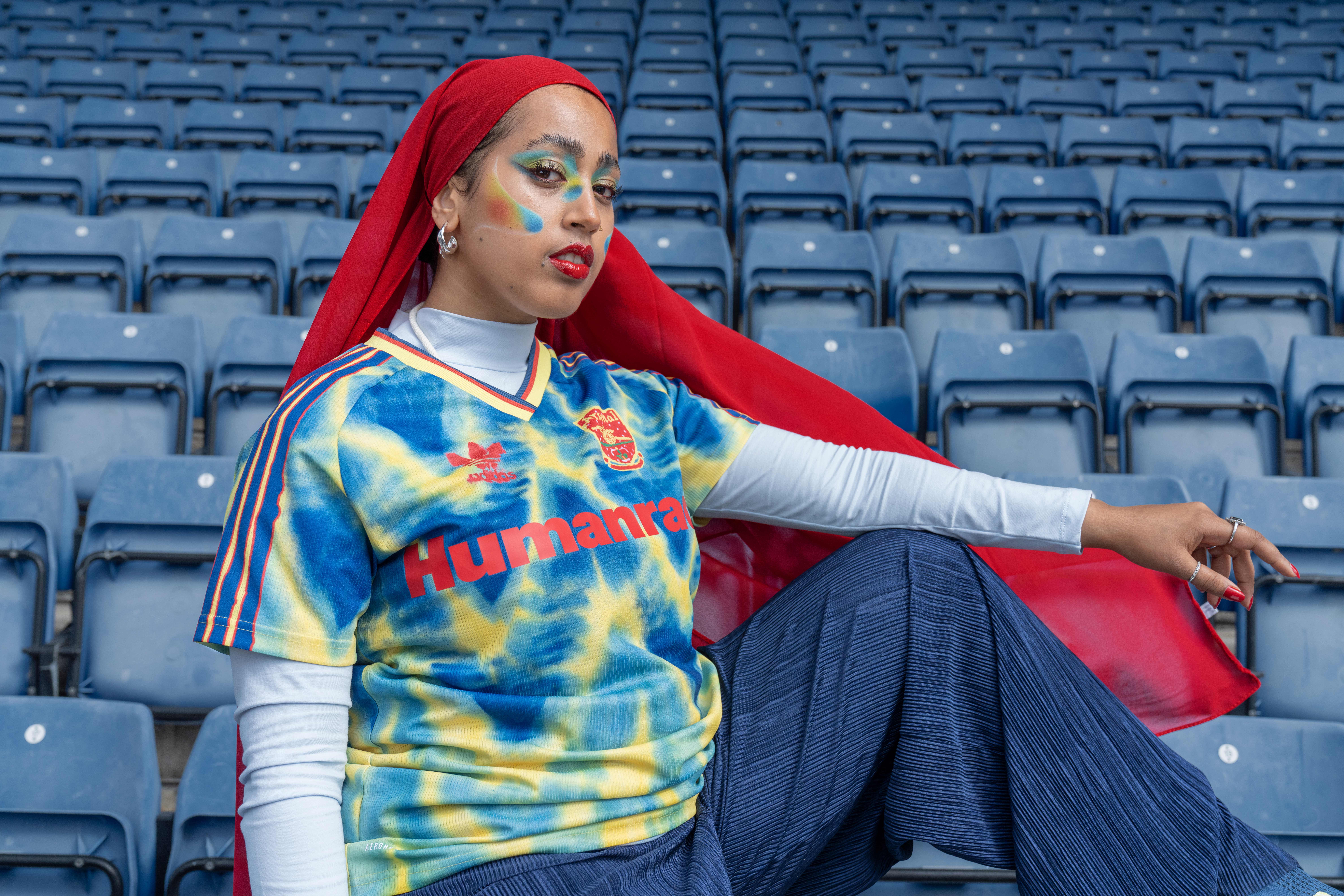 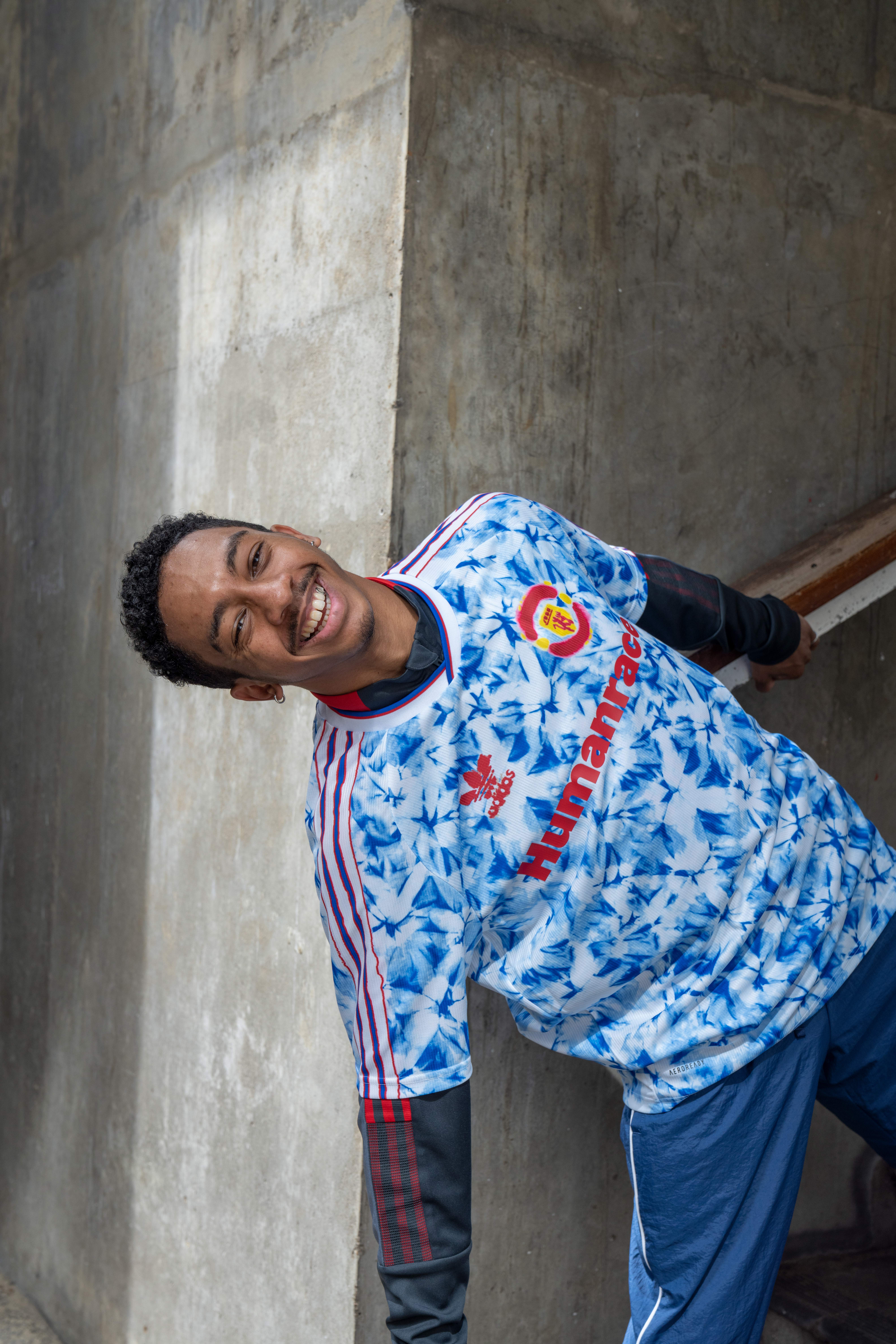 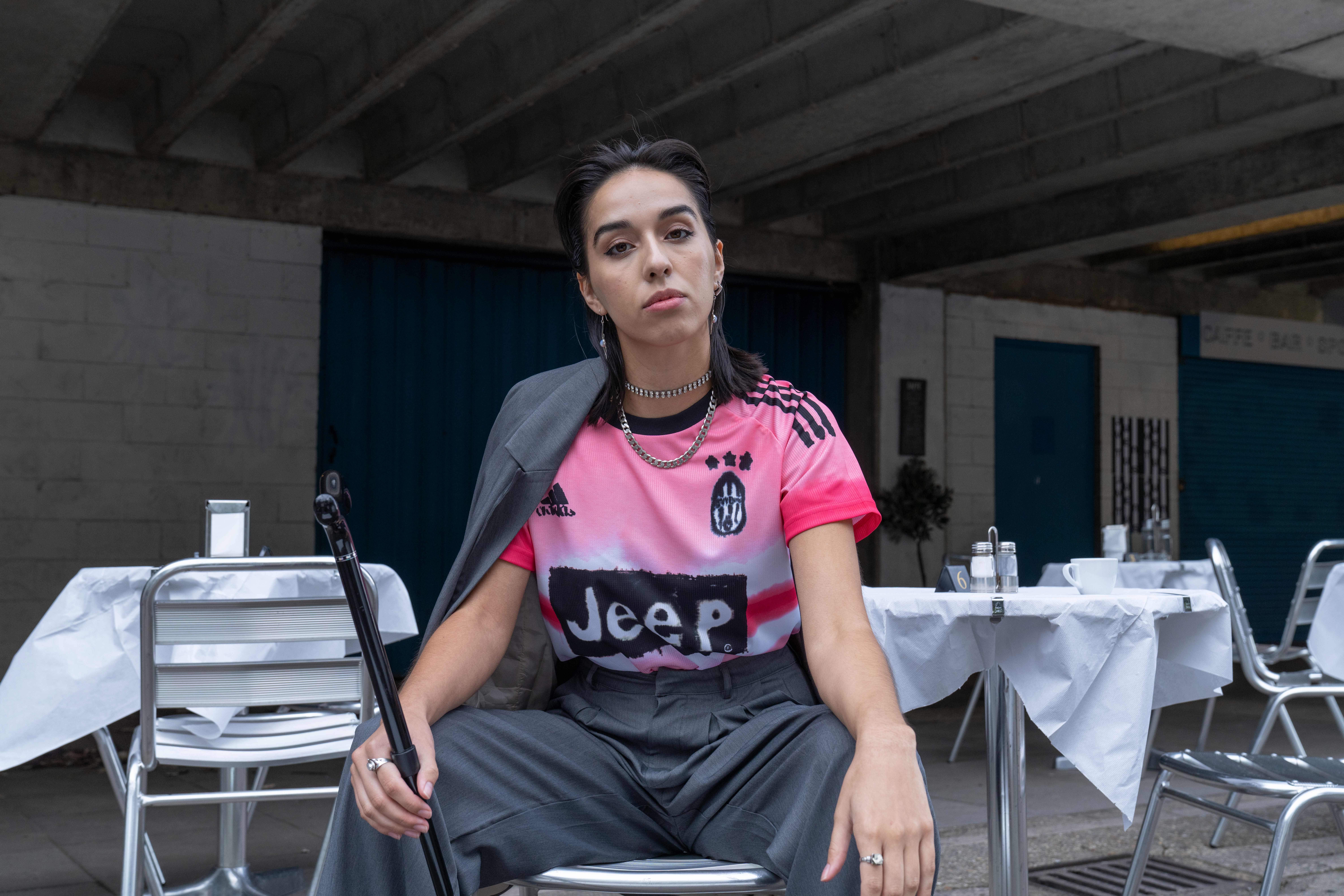 Each jersey is unified by the hand-painted aesthetic, which was central to the process led by Pharrell, with the iconic shirts redesigned in a traditional artistic format. Starting out on a simple cotton t-shirt, the reverse engineered design process was centred around a raw, human and expressive hand-drawn technique on a simple piece of canvas. All intricate details are reimagined in paint format, from club crest to partner logos, to create a look unified by style. From there, Pharrell worked collaboratively with the adidas design team to create elite performance jerseys, featuring the very best in adidas technology.

Speaking about the collection, Pharrell Williams said; “History is what shapes the future, and sometimes in order to look forwards, first we need to look back. The most important part of the process with this collection was to learn of each club’s legacies and how each defining moment of their histories were captured and preserved from a design perspective. Each of the new jerseys are symbols of the five club’s legacies and a true celebration of the universality of sport.” 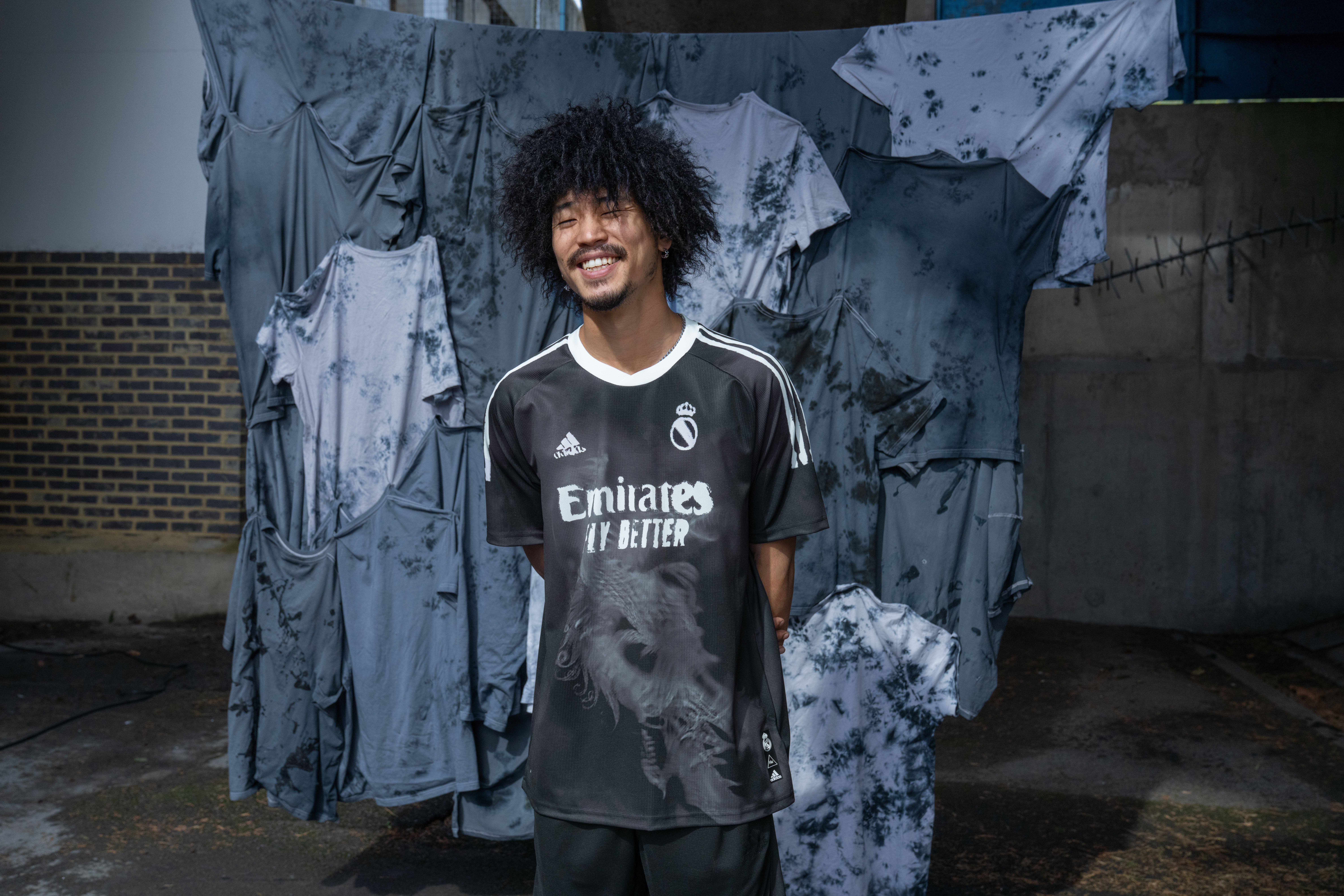 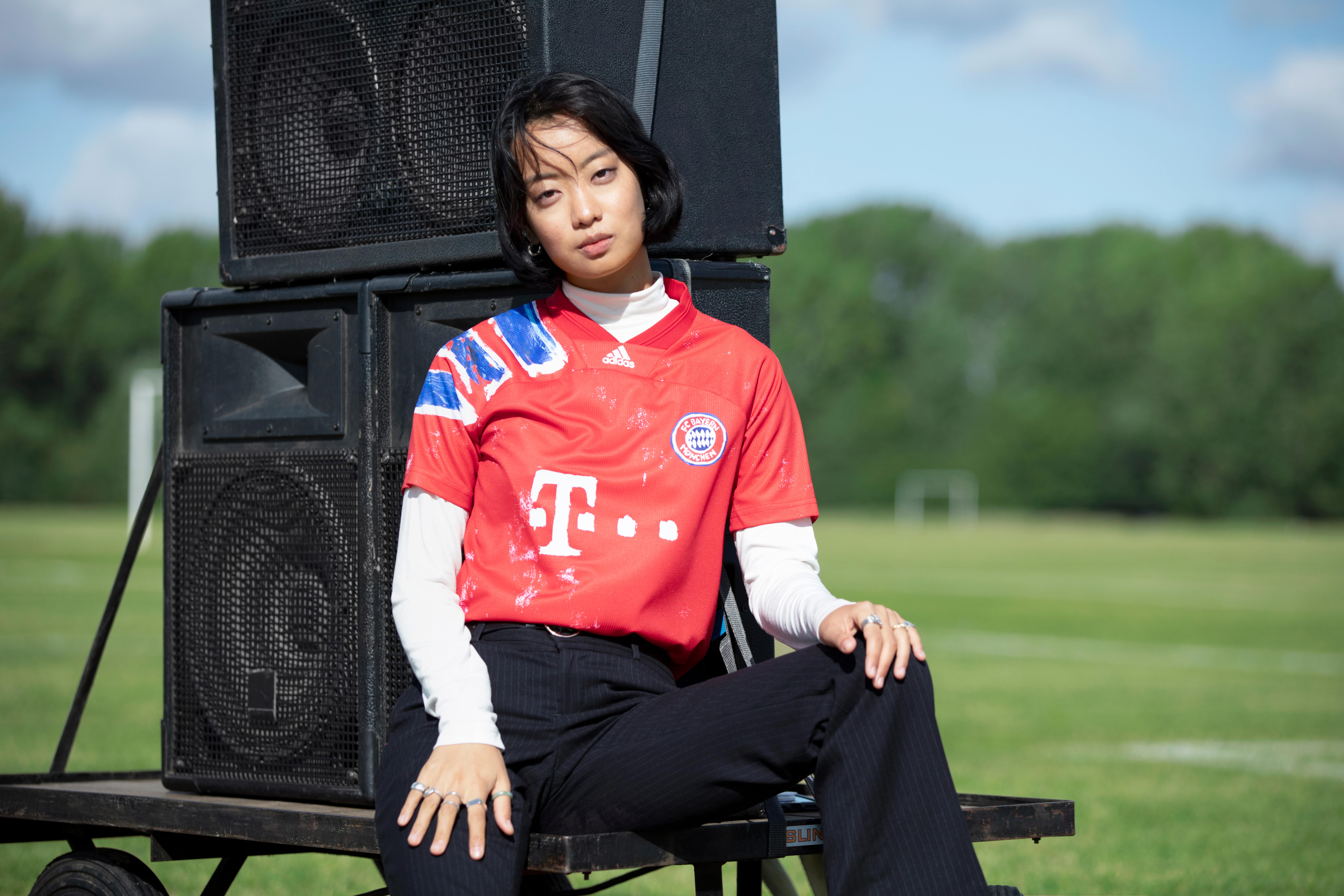 Working closely with each of the five teams, Humanrace FC brings together the clubs for the first time in a shared celebration of the human spirit. Pharrell and the adidas design team’s joint ambition was for this to demonstrate football is for everyone and the human race at its best – uniting together while celebrating our differences.

Starting with a repurposed Arsenal shirt, Pharrell explored the adidas archives to select one of the most recognised kits from the London club’s history, the ‘bruised banana’ jersey from the 1991-3 seasons, giving it a hand painted, paint-bleed effect update. The distinct zigzag graphic features on a treasured jersey for the club’s fans not just for its forward thinking and distinctive style, but also worn during a season where the club won the coveted domestic cup double. 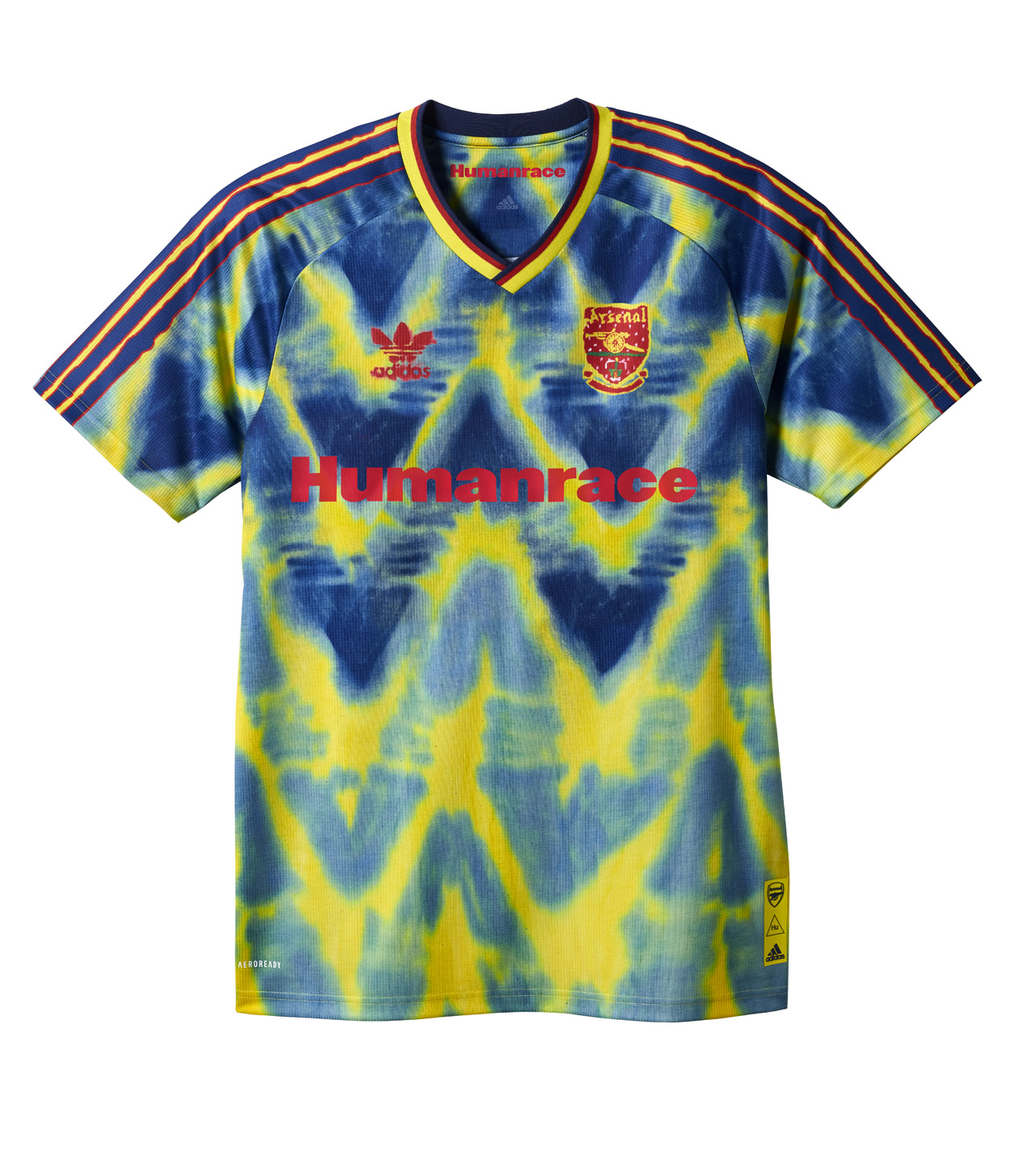 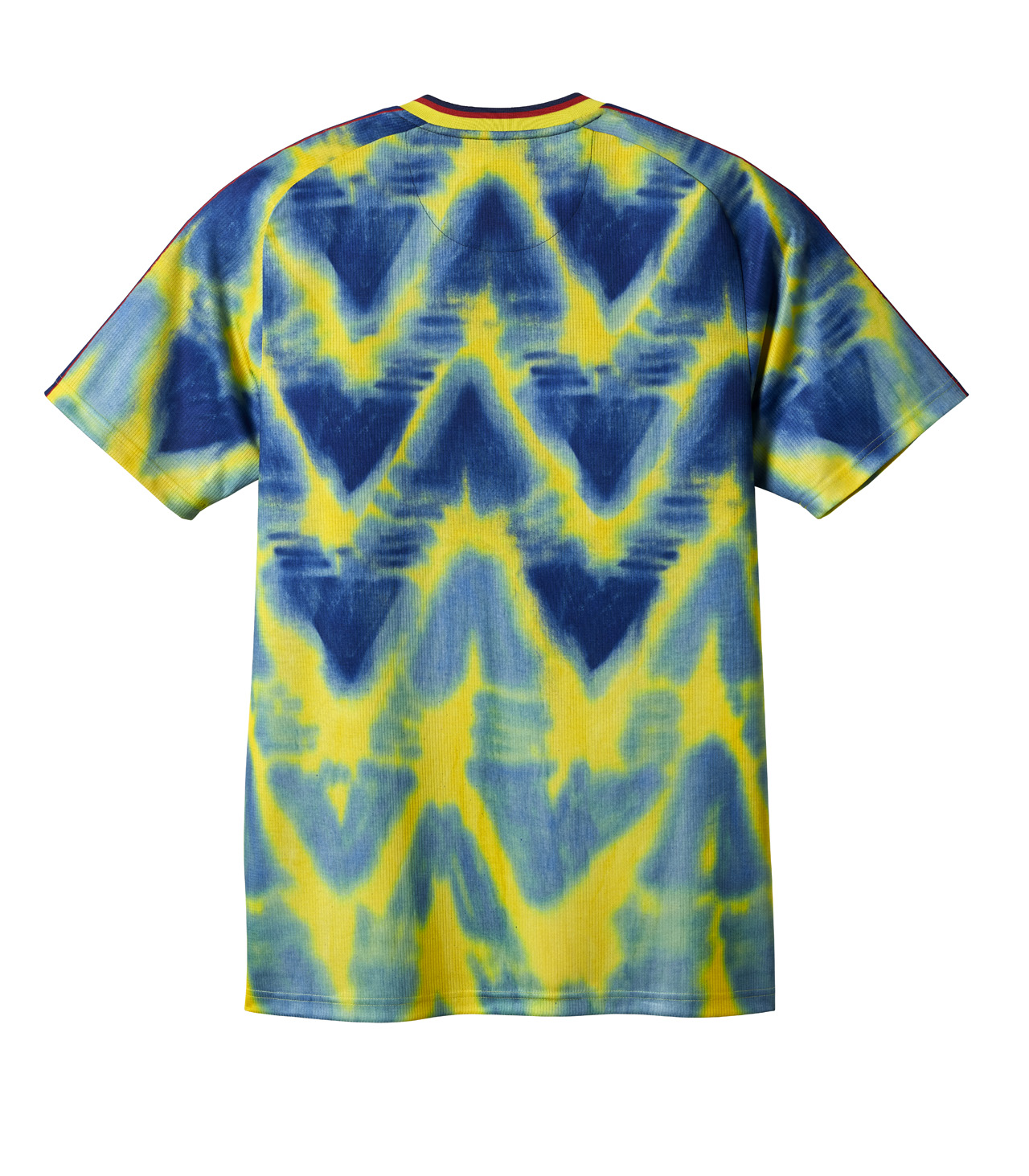 Next up, the team led by Pharrell took inspiration from the red home shirt worn by FC Bayern Munich from 1991-93 to reinvent the jersey for a new generation of fans. The kit has been re-imagined by hand using thick acrylic paint, having originally stood out due to its bold 3-stripe print across the shoulder and shorts. 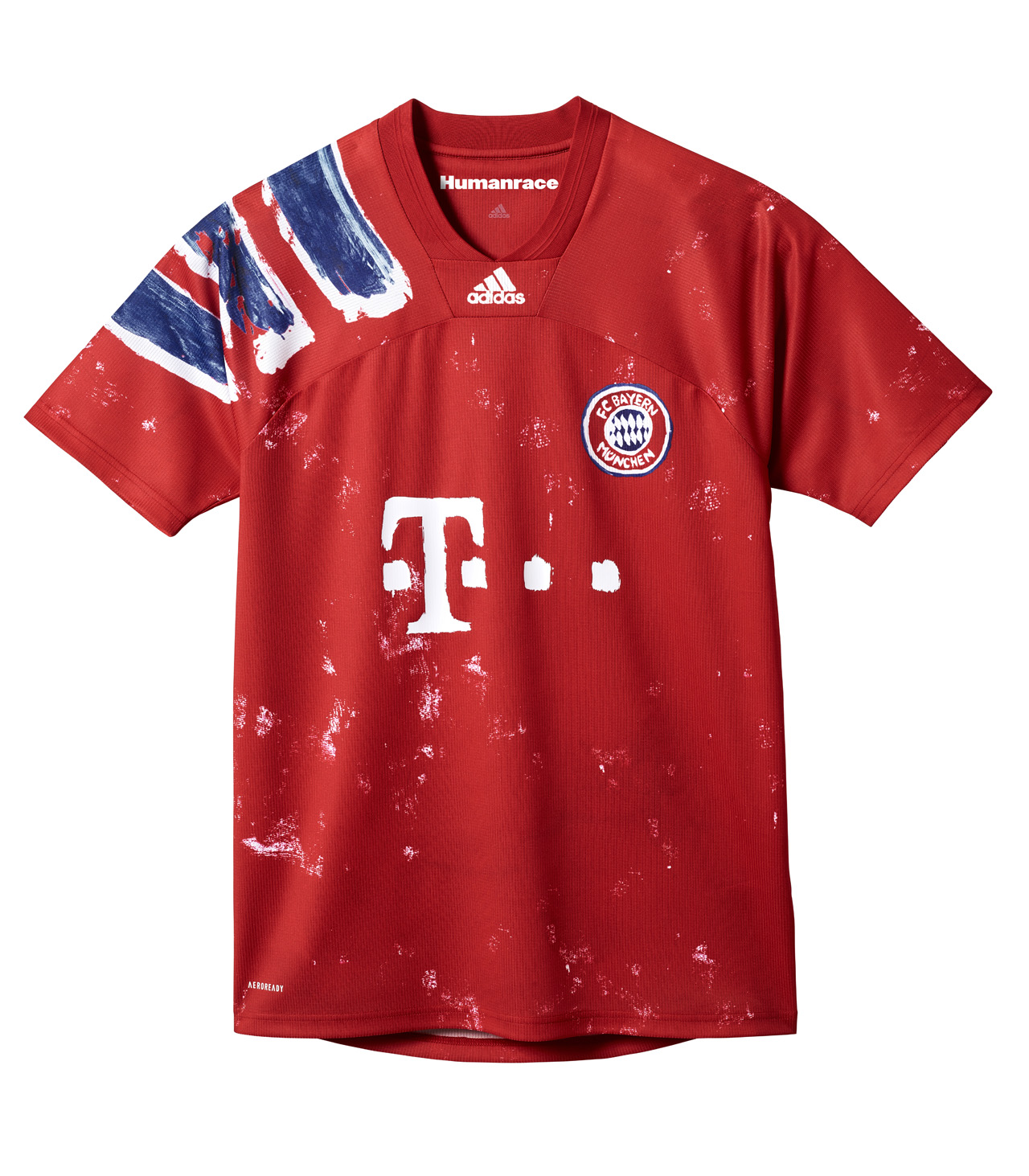 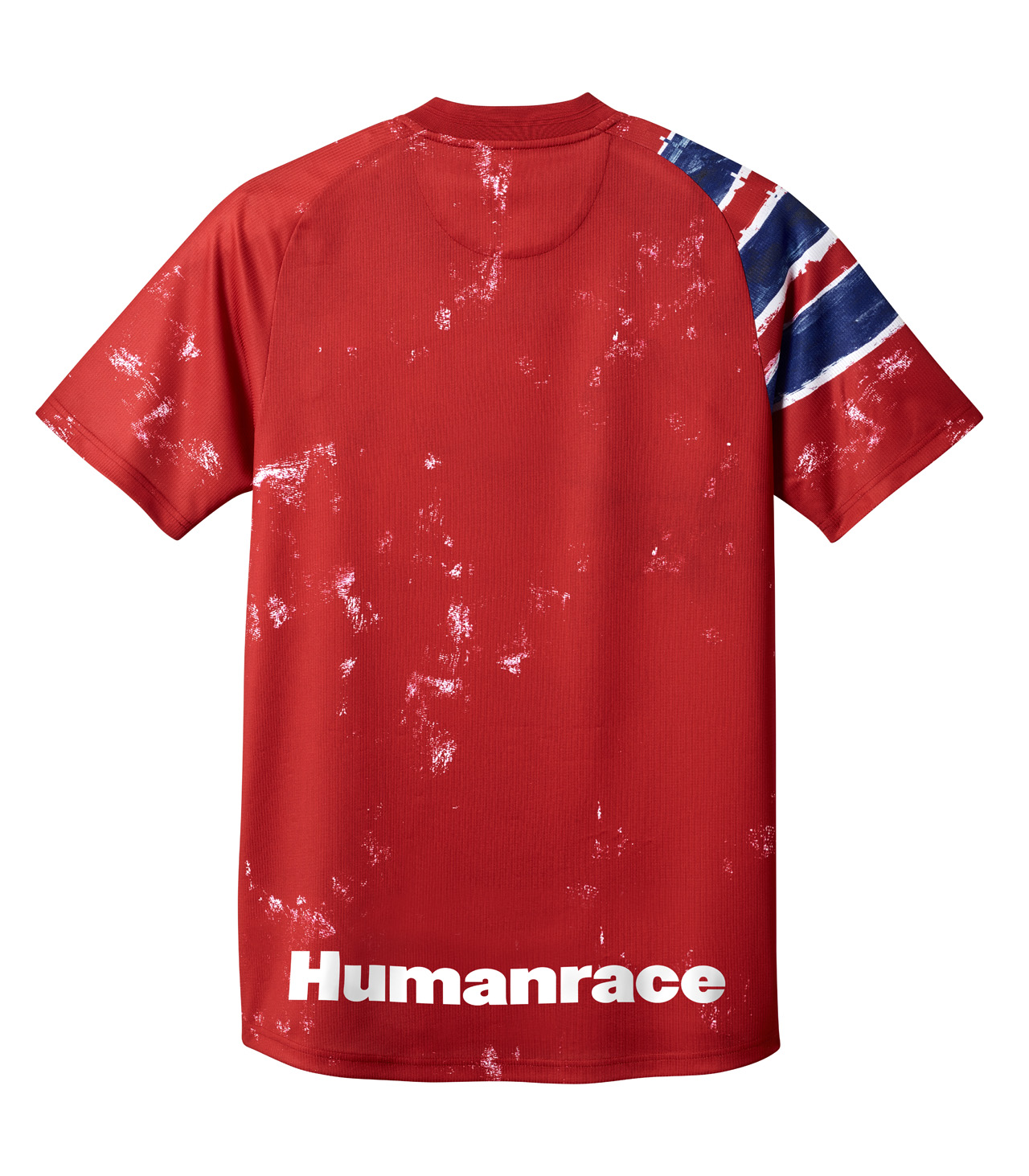 For Juventus’ jersey, the Human Race FC team looked back into the adidas archive to discover its pink shirt from the 2015-16 season - the first season of the adidas and Juventus partnership. The bold and vivid colour blurred the lines between sport and style and became an instant icon of modern football culture. Further cementing its place in history, this was also the year the club took home the season’s domestic treble. 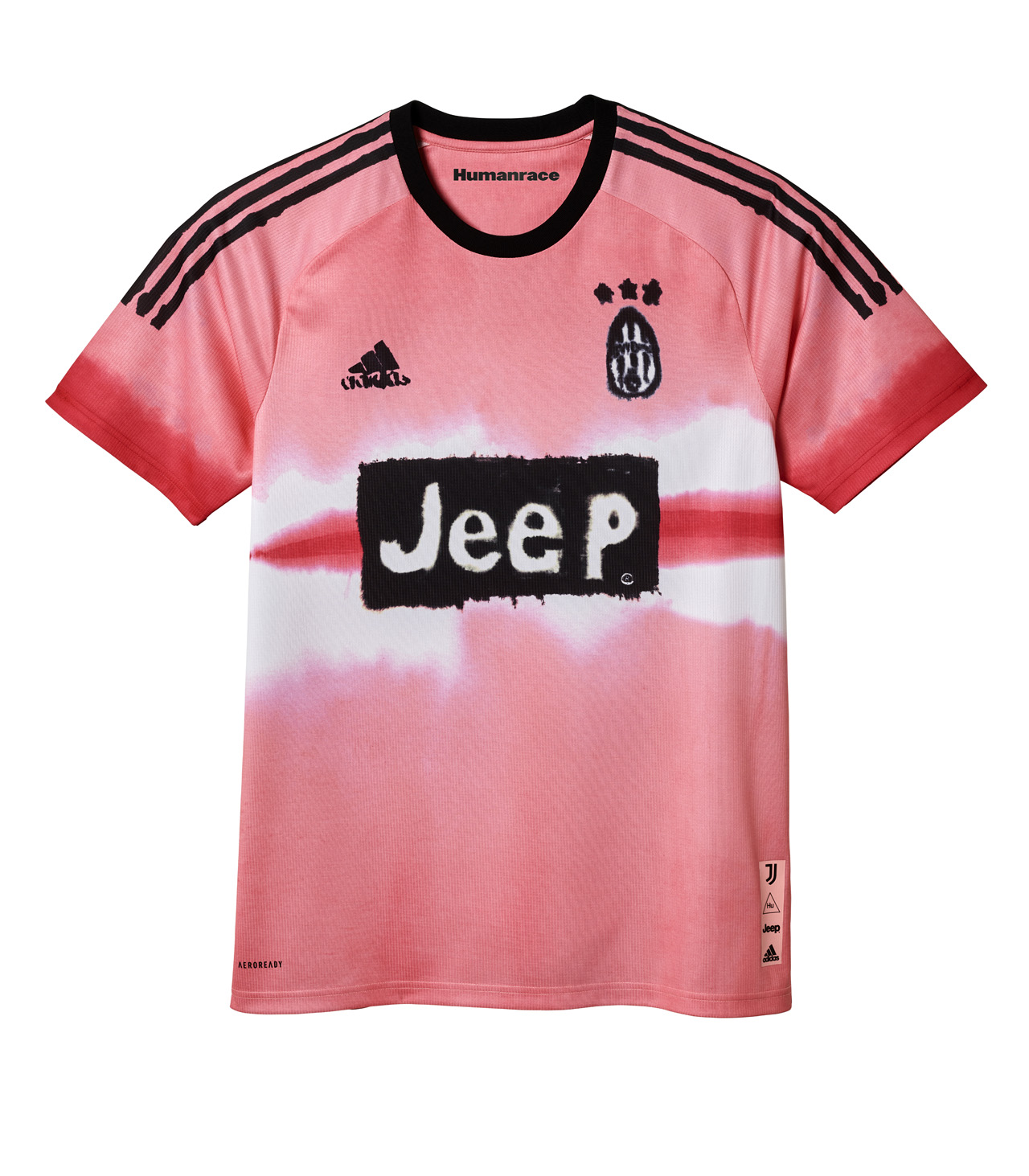 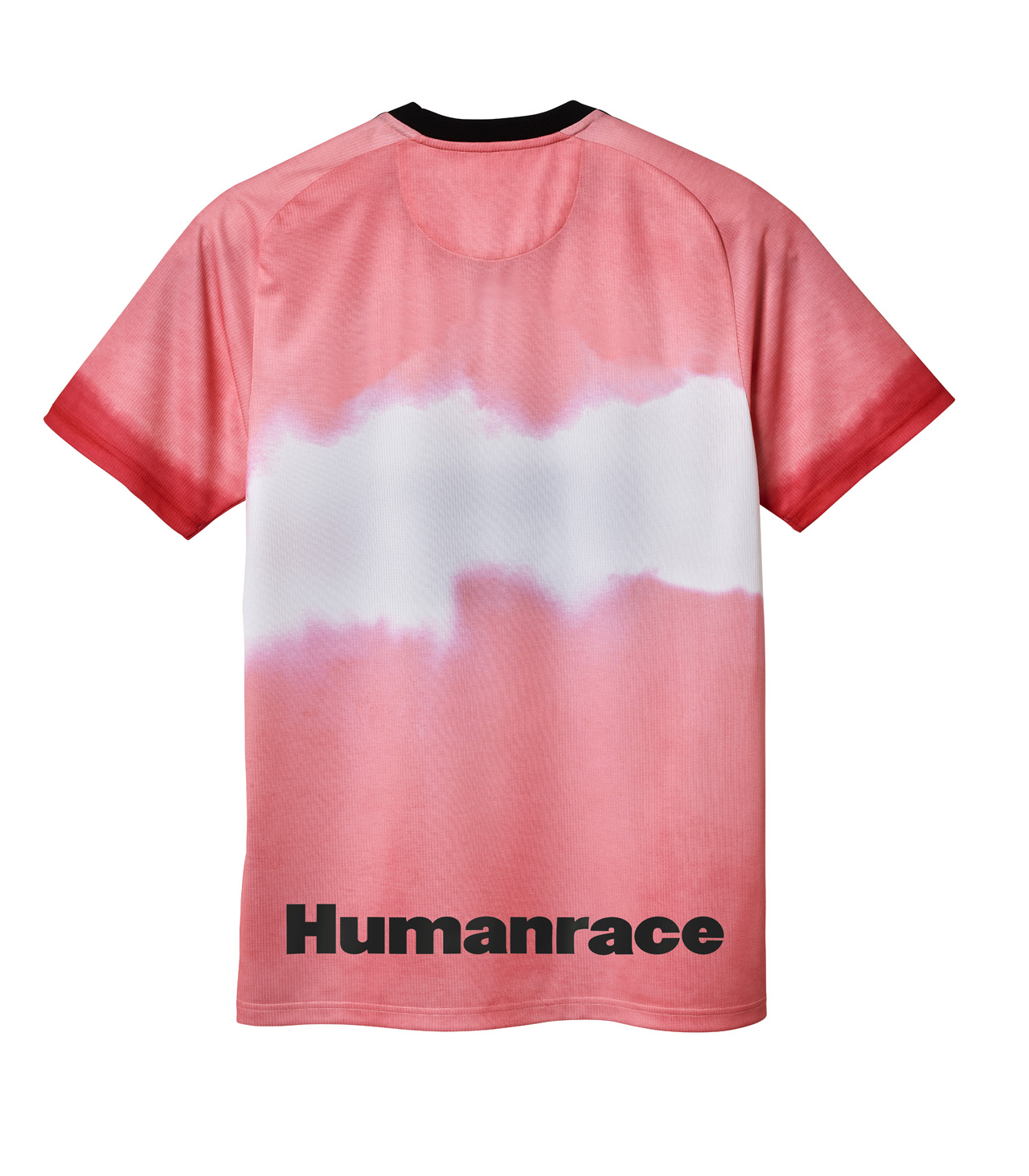 Continuing the five-club collaboration, Pharrell’s remixed Manchester United jersey started from the club’s iconic snowflake blue and white print – first seen on the 1990-92 away kit. It was a design born out of the city’s famous house music scene of the late 80s, with the team of today utilising a tie dye affect to create a modern-day version of the legendary graphic. 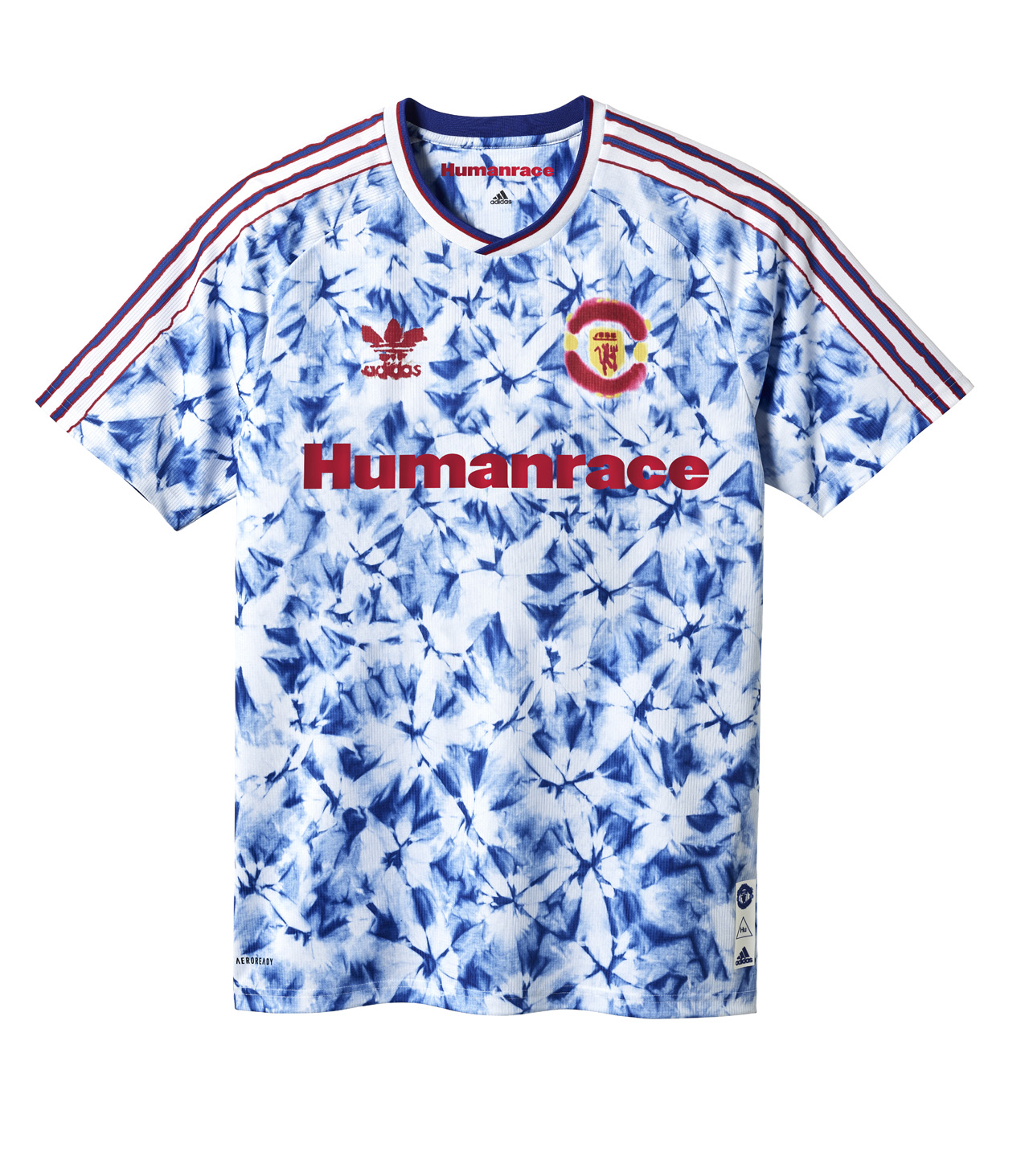 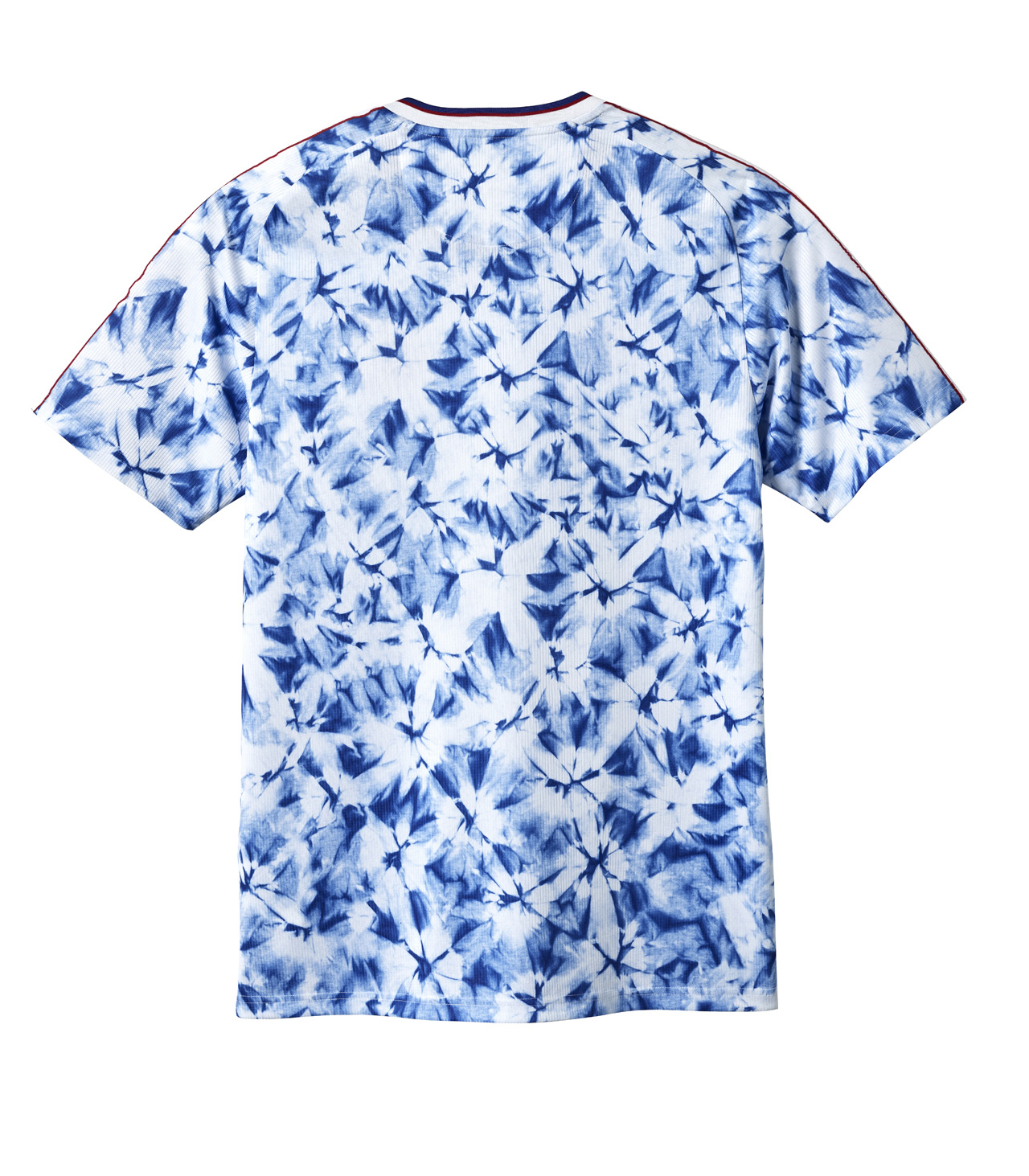 Rounding off the distinctive collection, the new Real Madrid jersey was born from Yohji Yamamoto’s – a friend and collaborator of Pharrell – striking dragon design of the 2014-15 season. The original artwork saw a king’s dragon - a mythical creature symbolising glory, honour, greatness, and speed - and a bird print, against monochromatic black. The Human Race FC team have reimagined this design with a hand drawn water technique to create an optic dragon on the shirt, resulting in a symbol of sporting and design excellence. 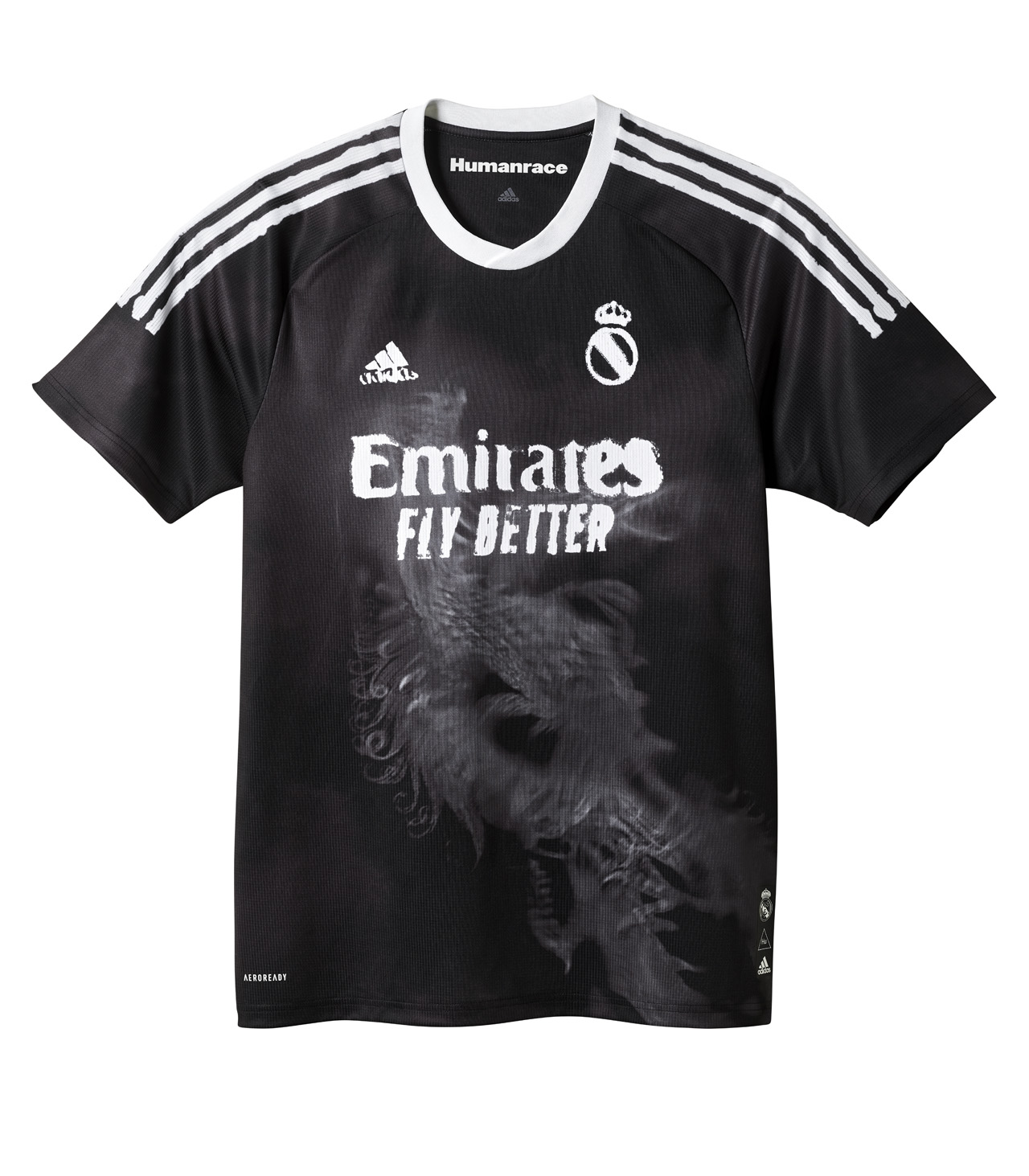 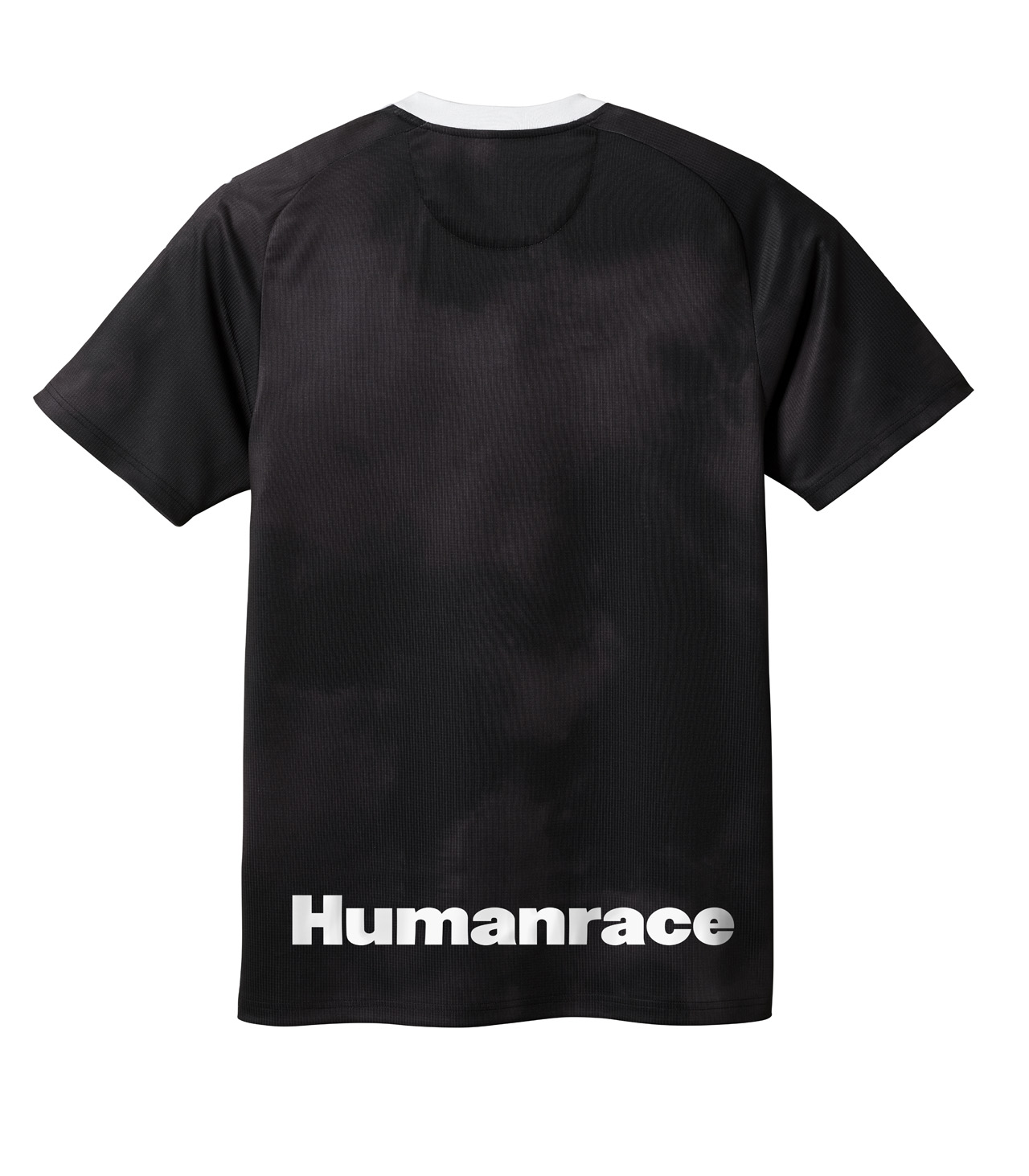 The adidas x Pharrell Humanrace Football Jerseys are now available for R1999 each at our CPT, JHB and online store. Exclusive to Shelflife in SA!